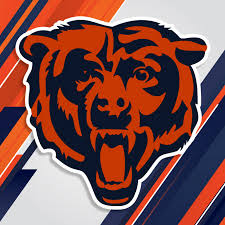 The Green Bay Packers traveled to Soldiers Field to take on their division rivals the Chicago Bears. The Packers came in with a new coach and a 5-7-1 record. The Bears on the other hand were looking to clinch the division.

The Packers won the toss and deferred the ball to the second half. The Bears struck first, using J. Howard on the right side for a 9 yard TD. Extra Point was good. Packers 0 Bears 7. 9 Plays 60 yards in 6:21

The Packers responded moving the ball down field effectively until they pushed inside the Bear 20. The Bear defense stood its ground and only allowed a field goal. Packers 3 Bears 7. 9 Plays 43 yards in 5:02

The second quarter was stable until the Bears’ T. Cohen punched in a receiving TD, short pass to the right 12 yards. Extra Point was good. Packers 3 Bears 14

The Packers received the ball first in the 2nd half. They were able to go 11 plays for 50 yards until the Bear defense held again. Crosby successfully kicked a 43 yard field goal. Packers 6 Bears 14

The Packers always a threat used a fake punk by the Bears that was unsuccessful to gain good field possession. Starting from the 50 yard line the Pack went 5 plays 50 yards in 2:15 to put a TD on the board. J. Williams 10 yard run. Packers went for 2 that was good. Packers 14 Bears 14

With a little more than 14 minutes left in the 4th quarter the Bears tried another trick play that ended with a Bear fumble and Green Bay recovery inside the Green Bay 30. The Bear defense stood up to the challenge as they did not allow GB to take advantage of the turnover. The Packers had to punt the ball away.

The Bears took advantage of their next possession using 5 play 32 yard drive in 2:56 to take the lead again. M. Trubisky threw a short pass to the left to T. Burton for 13 yards. XP was good. Packers 14 Bears 21

The Packers punted the ball on their next possession and T. Cohen returned the ball 44 yards to the Packer 15. The Bears put more points on the ball after a 4th and 1 field goal attempt. Parkey’s 24 yard field goal was good. Packers 14 Bears 24

The Pack looked to tighten the game up as they went 8 plays 66 yards in 3:21, that drive was stalled after A. Rodgers threw a short pass intended for J. Graham that was picked off by E. Jackson in the end zone. Jackson ran the ball out of the end zone and downed the ball at the Chicago 8 yard line.

GB used it’s last time out with 2:51 left on the clock and it appeared the Bears had locked up the NFC North title. The Bears offense were not able to do much after the TO and had to punt the ball back to the Packers. The drive was only 3 plays 8 yards and 22 seconds.

The game ended with the Pack looking to score but the Bear defense again was selfish swallowing up Rodgers, putting an exclamation point on the game. 5th sack of the game. The Pack did kick a 45 yard field goal that put the Packers within 7, hoping to recover an onside kick. Onside kick was recovered by the Bears. The Bears won the NFC North and now advances to the Playoffs!!!

This site is a Game of Skill and is 100% LEGAL in the United States. This site operates in full compliance with the Unlawful Internet Gambling Enforcement Act of 2006.
Due to state and provincial laws residents of Arizona, Iowa, Louisiana, Montana, Vermont, New York and Quebec may only play in free competitions. All other trademarks and logos belong to their respective owners. FanVictor.com Fantasy Sports