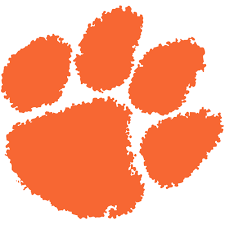 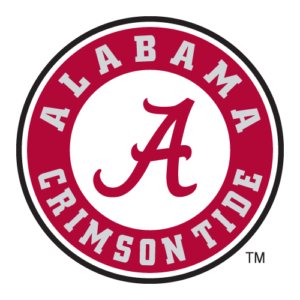 The defending champs Alabama “Roll Tide” were looking to defend their title against a familiar foe in the Clemson Tigers.  Both teams came into the Championship game undefeated and it started off as a track meet.

Alabama won the toss and deferred the ball until  the second half.  The Tigers fair caught the kickoff and went three and out on their first possession.

The Tide took a fair catch on their own 20.  Tua Tagovailoa was picked off and the Clemson Tigers returned the interception for a TD.  XP was good.  Clemson 7 Alabama 0

The Tide responded well on their possession as T. Tagovailoa threw a 62 yard TD to J. Jeudy for a TD.  Clemson 7 Alabama 7

As we said earlier this was looking like a track meet, Clemson responded with a 62 yard pass of their own, Lawrence found T. Higgens for the big gain.  T. Etienne capped of the drive with a 17 yard rushing TD.  Clemson 14 Alabama 7.  All this happened with more than 10 minutes left on the clock in the 1st quarter.

The Tide started the 2 quarter inside the Clemson 5 and took a sack for a loss and had to attempt a field goal.  The FG was good.  Clemson 14 Alabama 16

The quick scores have not allowed for much defense, both offenses  were looking spectacular.  Nick Saben felt so go with his offense that he went for 4th and inches inside his own 40 yard line.  As the Tide were pushing down field Tua threw his second interception of the game.  The Tigers’ T Mullen returned the ball to the Alabama 46 yard line.  The Tigers were smelling a little bit of blood as they had things going their way.  The Tigers put more points on the board as T. Etienne rushed in for his second TD of the game.  Clemson 28 Alabama 16, 4:38 left in the 2nd quarter.

The Tigers were relentless as they added a field goal prior to the end of the 2nd half.  Clemson 31 Alabama 16.  The Tide decided to let the half run out as they needed to regroup for the 2nd half.

The Tide received the ball to start the 2nd half, taking a touch back and starting from their own 25 yard line.  The Tide found themselves in a 4th and 1 in Tiger territory, they succeeded and kept the drive alive.  With 10:08 left in the 3rd quarter the officials reviewed a play to determine if D. Smith fumbled at the Clemson 22.  Smith did recover the fumble and Bama would still have possession of the ball.  After the review the Big Ten Refs confirmed that it was a fumble, the confirmed fumble pushed Bama back three yards.  The Tide attempted a fake FG and the Tigers sniffed it out, shutting down the attempted fake FG.

The Tigers took possession of the football on their own 24 yard line.  It did not take long for Clemson to put more points on the board as Justin Ross caught a pass for 74 yards to the house.  XP no good.  Clemson 37 Alabama 16

You could began to sense the urgency as Tagoviloa hit a couple of big throws.  On a 4th and 4 Tagoviloa attempted a 1st down but came up short, the Clemson defense shut it down and caused a Bama turnover on downs.  The Tigers then took possession from their own 10 yard line.  The Tigers capped of a 89 yard drive with a TD, taking 5:21 off the clock.  It began to look like a route.  Imagine that, Bama getting pounded, who’d a thunk it.  Clemson 44 Alabama 16

The Tide’s offense had an impressive drive as they took the ball down the field deep inside Clemson territory, Clemson’s defense stood stout as they turned away the tide who had a 1st and goal.  The Tide had four chances to get into the end zone but was denied by the Tiger defense, they came up with nada.  They turned the ball over on downs and the Tigers took over on their own 9 yard line.  Clemson went 3 and out on their possession.

The Tide decided to make a change at quarterback,  putting J. Hurts in the game. Hurts could not get much going as he started with a 3 and out.  The Tide punted the ball away and were able to pin the Tigers down inside their own 2 yard line, that would be the last time the Bama offense touched the ball.  The Tigers used the run to drain the clock, using over 10 minutes to finish the game.  The Tigers finished as the first team to ever go 15-0!!

This site is a Game of Skill and is 100% LEGAL in the United States. This site operates in full compliance with the Unlawful Internet Gambling Enforcement Act of 2006.
Due to state and provincial laws residents of Arizona, Iowa, Louisiana, Montana, Vermont, New York and Quebec may only play in free competitions. All other trademarks and logos belong to their respective owners. FanVictor.com Fantasy Sports